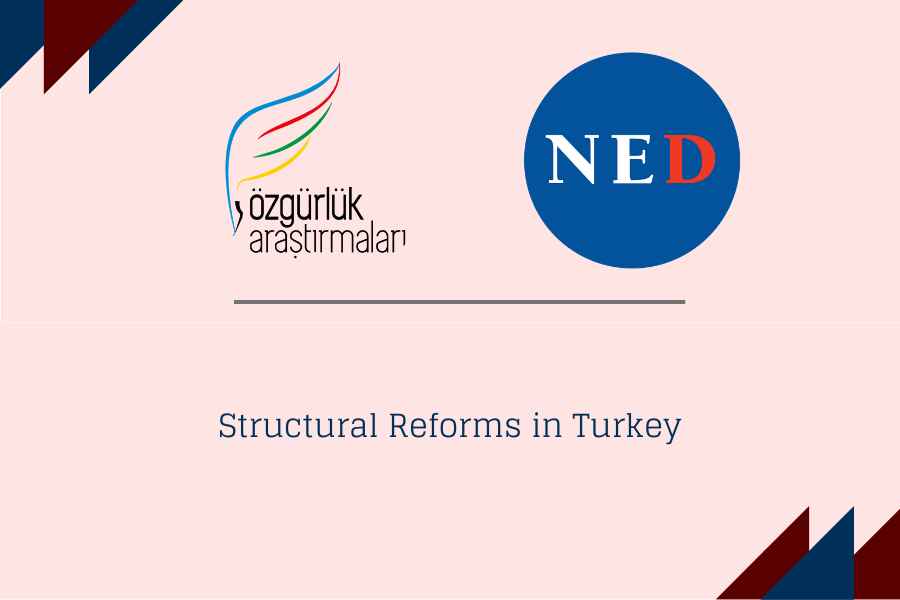 To strengthen the rule of law and good governance in Turkey, Freedom Research Organization (FRA) will advocate for structural reforms in five major institutions and sectors including the legislature, judiciary, public procurement system, public personnel system, and independent media. FRA will identify and analyze needed structural reforms in these five key areas that are critical to advancing the rule of law and accountability in Turkey and create a comprehensive advocacy plan to encourage political parties represented in the Turkish parliament to incorporate them into their respective party platforms. To achieve this, FRA will hold a series of workshops and public events, publish reports and a white paper, conduct social and mainstream media advocacy activities, and engage representatives of political parties, civil society and parliament. FRA will hold five two-day workshops, one for each specific reform area, with relevant stakeholders and interested parties to identify the key needs and challenges within that sector, and to draft concrete, actionable policy proposals on recommended structural reforms. FRA will pay five visits to influential civil society organizations such as such as the Turkish Industry and Business Association (TUSIAD), unions, chambers of commerce and bar associations across the country. The aim of these visits will be to introduce FRA’s reform agenda and seek support from these organizations for its advocacy efforts with relevant government agencies, parliament and political parties. FRA will then visit each of the five political parties represented in the parliament to brief them about the reform proposals, seek their endorsement for the white paper, and encourage them to incorporate recommended reforms in their party platforms. FRA will develop a plan to engage social media influencers who can attract attention to its campaign and reform recommendations. FRA believes this will trigger nationwide momentum for its advocacy efforts. In addition, the organization will set up a comprehensive website that will serve as a go-to source for both the public and the policy-makers on these issues, and publicize project activities.  Finally, FRA will hold a “National Conference on Structural Reforms” in Ankara to publicize the progress and findings of its activities and announce reform roadmaps for each area. It will also solicit endorsements from conference participants for the white paper and reform agenda.

Monitoring The Rule Of Law And Democracy In Turkey

Challenge Of Freedoms With Covid-19 Bulletin