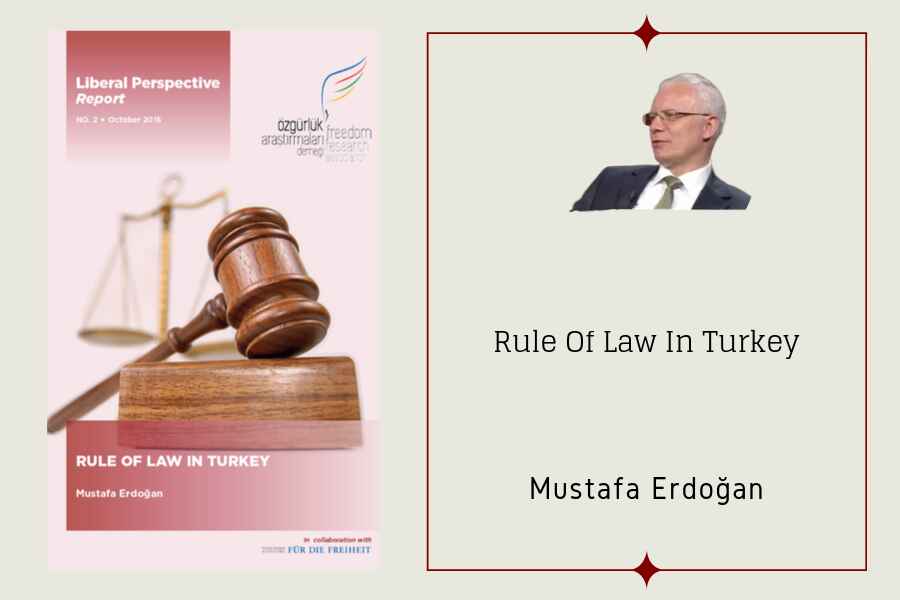 This study on the “rule of law” aims to provide a more detailed picture of the situation briefly described above. It is hoped that this study will expose the level of degradation in the authority of “law”, in the independence and impartiality of the judiciary, in the notion of an equitable and effective judicial control, and in the protection of basic rights. These findings can serve as a starting point for a potential initiative aiming to correct the flaws, mistakes and problems with the rule of law, and they provide important insights into the nature of the current regime in Turkey. In this study, the issue of “rule of law” in Turkey will be examined using an approach grounded in the liberal “constitutional-democratic” regime type, on which contemporary Western democracies are based. Constitutional democracy aims to combine the ideals of incorporating popular will in government and limiting arbitrary government, and thus envisages binding the democratic majority by constitutional principles and law. Therefore, rule of law, which aims to prevent arbitrary government and provide everyone with legal security is an indispensable political ideal for this type of democracy. It should also be noted that rule of law is not only the assurance of the rights and freedoms of individuals, it is also a founding element of social peace (or, a peaceful social order).

The State of Participatory Democracy in Turkey: Right to Freedom of Assembly and Association