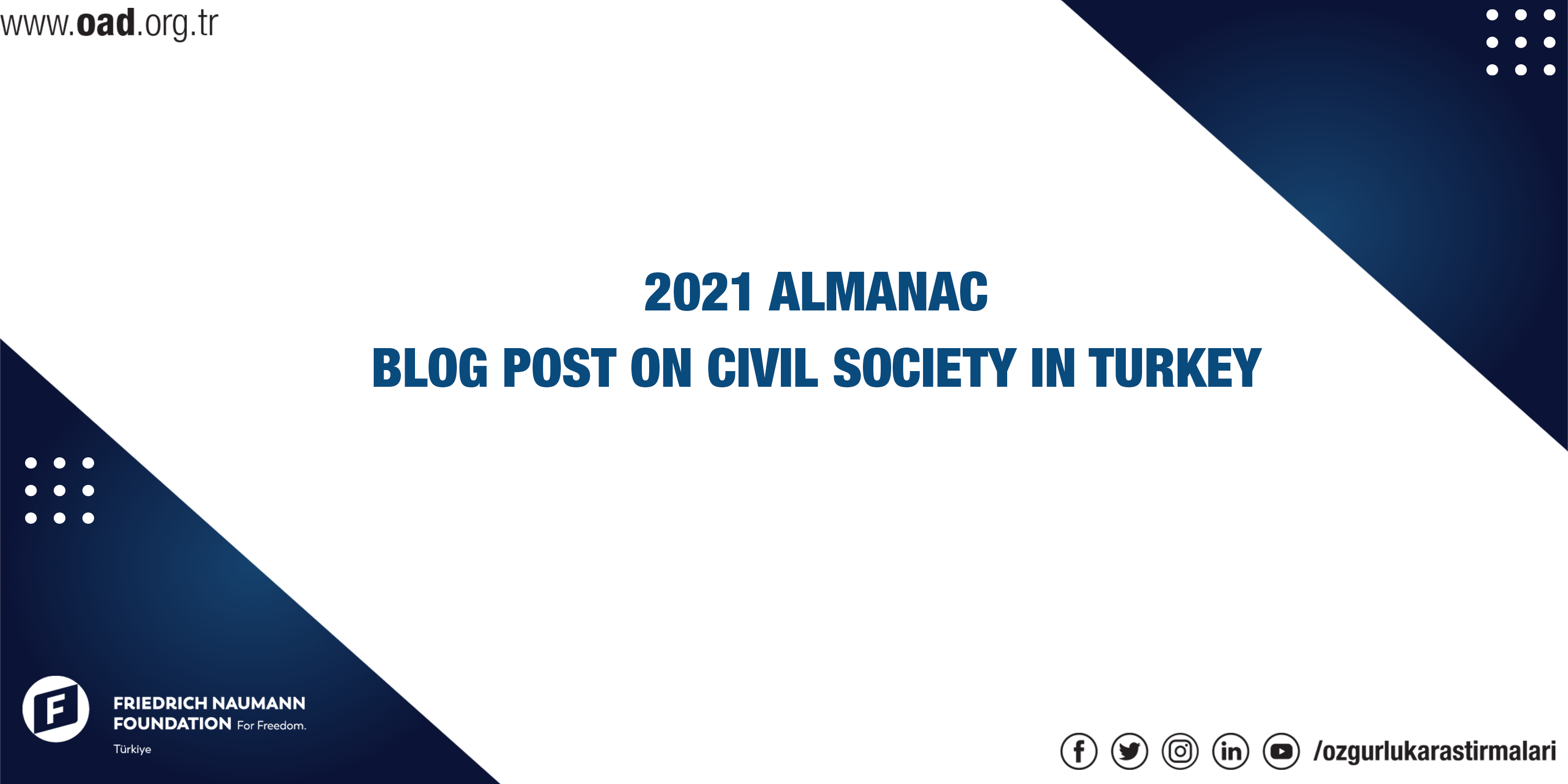 Our report titled “2021 Almanac: The Rule of Law, Democracy, Civil and Economic Freedoms in Turkey” where we, in cooperation with Freedom House, compiled the work from the Freedom Observer bulletins was published in 2022. These bulletins’ topics consisted of the most compelling events in the field of rule of law, democracy, social and economic freedoms and civil society in the years 2020-21. This blog will compile the key events that occurred in Turkey in terms of civil society and offer a perspective unique to the year 2022.

Turkish civil society faced increasing pressure after the coup attempt in 2016, and while many non-governmental organizations were closed down, many of them tried to avoid the increasing pressure by changing the issues they worked on and making more limited campaigns. With the Law No. 7262 on the Prevention of the Proliferation and Financing of Weapons of Mass Destruction, which was published in the Official Gazette on December 31, 2020, the year 2021 frustrated Turkish civil society. Looking at the year 2022, it has been understood how justified the concerns of civil society regarding this law are. In 2022, closure cases were filed against various non-governmental organizations or measures were implemented to restrict their activities.

The relevant Law should be seen as the biggest blow to Turkish civil society for 2021. As a matter of fact, the authoritarian wave that has already gripped the country since the law came into force has narrowed the field of activity of civil society considerably. It should not be surprising that in countries like Turkey that have entered the process of conservative authoritarianism, governments primarily target civil society.