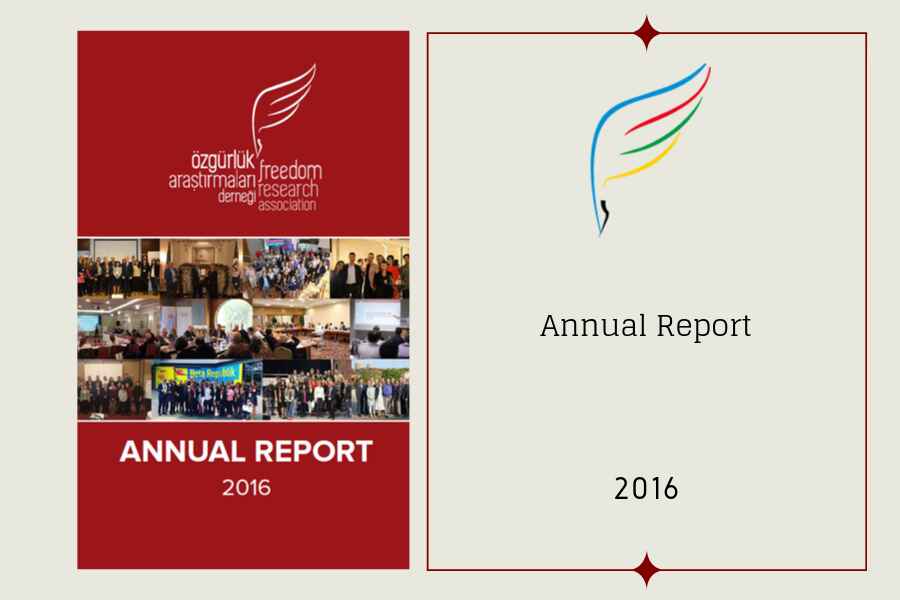 We left a busy year behind as Freedom Research Association and we’ve seen many sad events in 2016. First, we’ve lost one of our founding members, Kazim Berzeg, who passed away on February 7, 2016. Berzeg was a lawyer who has dedicated his life to defend liberal democracy, human rights and the rule of law. Kazım Berzeg was one of the founders of the FRA, which was established in order to bring a principled critique and to guide decision makers to a reformist line, along with other liberals who are worried about the political, economic and social developments in recent years in our country. We are honored to have his trust and support as FRA. We will continue to defend our liberties for the memory of the Kazım Berzeg. In 2016, we experienced many terrorist attacks that shocked us all. Our cities were shaken by the bombings and armed attacks of the PKK and ISIS. Hundreds of citizens have lost their lives; many of our citizens were physically injured and we were all terrified. Of course, the greatest odd was the one we saw on the evening of July 15th. In that unfortunate night, a group of coup plotters in the Turkish Armed Forces attempted a bloody coup to seize political power. After neutralizing the chief of the general staff and other generals, plotters have faced a strong popular and political resistance led by President Erdogan. They had to turn themselves in next morning. In that bloody night, more than 250 civilians and security officers were killed. Thousands of our citizens were also wounded. We remember all those who lost their lives.