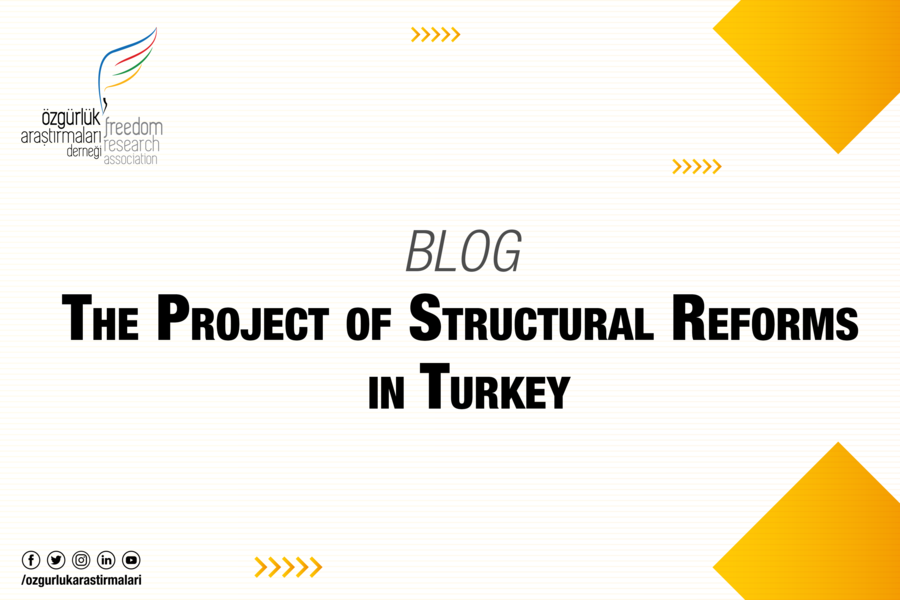 The Project of Structural Reforms in Turkey has been launched by Freedom Research Association (FRA) with support of the National Endowment for Democracy and Friedrich Naumann Foundation Turkey Office to identify and concretize existing problems in the mechanisms of the legislation, Judiciary, Public Procurement Regime, Public Personnel Regime and Media Independence, which are the main political structures in Turkey. Within the context of the project, alongside discussing existing issues in the relevant institutions, it has been focused on the steps that immediately need to be taken and proposed advisory solutions for structural reforms

FRA identifies and analyzes needed structural reforms in these five key areas that are critical to advancing the rule of law and accountability in Turkey and creates a comprehensive advocacy plan to encourage political parties represented in the Turkish parliament to incorporate them into their respective party platforms. . To achieve this, FRA held a series of workshops and public events. In addition, by working with the experts and academicians in the related fields, five reports and white papers were published, which contained the identification of problems and reform suggestions. Moreover, FRA created a video series within the framework of interviews with the experts and academicians in the fields and shared them on the social media accounts.

As a final step, within  the Project of Structural Reforms in Turkey, FRA will hold a “National Conference on Structural Reforms” in Ankara to publicize the progress and findings of its activities and announce reform roadmaps for each area. It will also solicit endorsements from conference participants for the white paper and reform agenda.