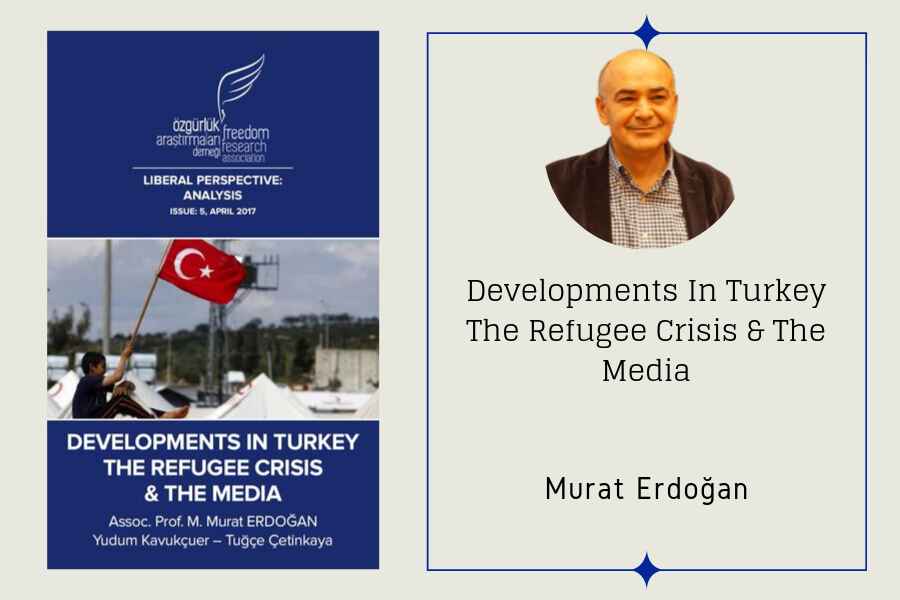 Since April 2011, Turkey is experiencing the most serious migration movements in its history. People forced to leave their homes in Syria have arrived in Turkey together with refugees and migrants from other countries. The total number of people coming to Turkey has exceeded 4.2 million in the past six years; approximately 1.2 million continued to Europe and other countries, whereas 3.5 million people remain in Turkey. Among those remaining, 3.1 million are Syrians. While only 8 percent of the refugees are living in camps and are relatively isolated from Turkish society, the remaining 92 percent are living all around the country, in almost every city. This makes the issue of refugees in Turkey an evident social phenomena and a natural foundation for the discussions of social acceptance and exclusion. Turkish media has a very special role for the high, albeit fragile, social acceptance and for conflicts remaining at a very minimal level. This study makes an analysis of «refugeeism» first in a legal, then in a sociological sense, the situation of refugees in Turkey as of December 2016 and the attitudes of the Turkish media.

Childhood Vaccination in the Us And Turkey