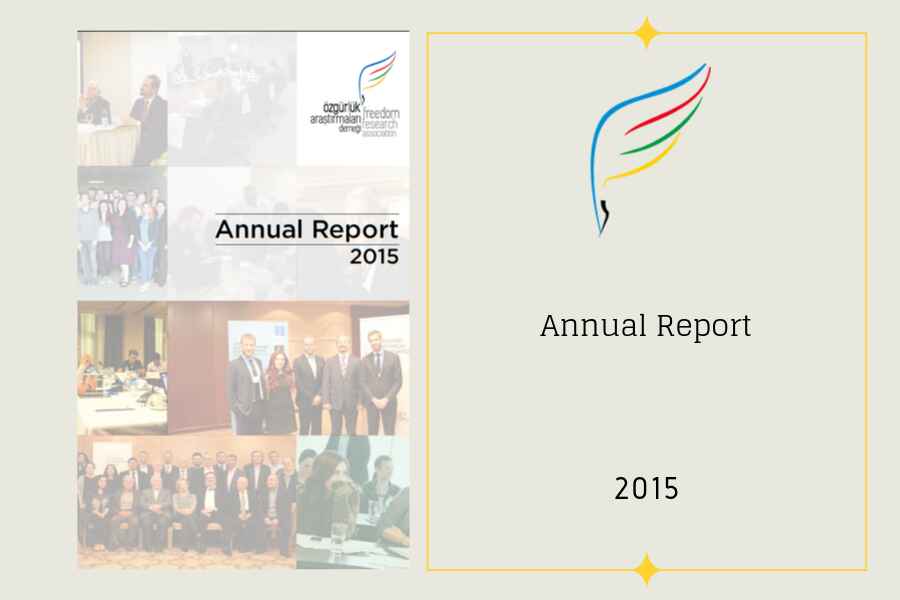 Sadly, 2015 witnessed a series of events which proved the need for an intellectual organization such as FRA to exist. Liberties at one scale and the security politics in the other, the balance has shifted mostly in defiance of individual liberties, particularly after Gezi Park protests on June 2013. After June 7th elections last year, the Turkish-Kurdish peace process has been broken down and the sides have wasted no time to go back to the battlefield. Escalating aggression and chaos have quickly led many previously liberal politicians, journalists and scholars to be wrapped with raison d’etat politics. Deterioration of liberties has been noted by several international indexes. Turkey has been ranked 80th in the Rule of Law indexes, a worrying fall from 59th in 2014. In Economic Freedom of the World Index, Turkey ranked down from 73rd to 82nd place, mostly due to the deterioration of the rule of law. RSF( Reporters Without Borders) ranked Turkey 149th out of 180 countries. It is possible to mention other credited international studies, but this must suffice to present the country’s recent deterioration in different grounds.