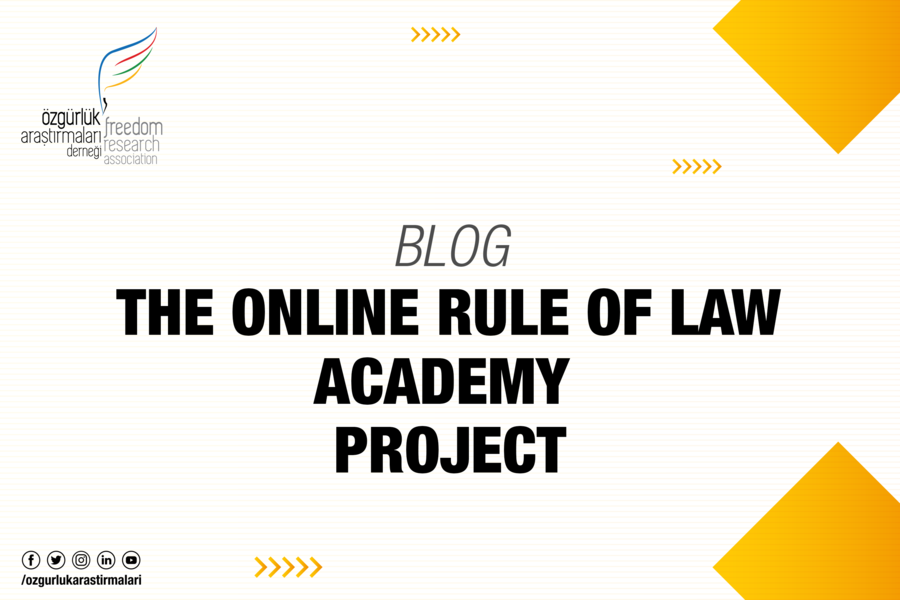 The rank of Turkey in various rule of law indexes has been declined day by day. Also, there is a weak separation of powers and the executive has a great deal of dominance over the judiciary. In order to consolidate democracy to strengthen the rule of law in Turkey what we need is an independent and impartial judiciary.

Increasing the quality of legal practitioners, especially future generations, will appear as the most important investment in the long run for improving the quality of the judiciary. Therefore, the Freedom Research Association aims to increase the capacity of young lawyers and senior students of law faculties by organizing The Online Rule of Law Academy with the support of Canadian Embassy. It is organized with the purpose of raising awareness on subjects such as legality, equality before law, being non-discrimination, the right to fair trial, right to security and liberty. Moreover, the project aims to help attendees gain a concrete understanding of the importance of rule of law, foundations of rule of law, the relation between an independent and impartial judicial system and a democratic and prosperous society, the components of a fair trial and international human right mechanisms.

The Online Rule of Law Academy includes four sessions about the principal theories and practices of the rule of law. Lectured by Prof. Dr. Serap Yazıcı, “the Rule of Law, Elements and Requirements of the Rule of Law”; lectured by Orhan Kemal Cengiz, Lawyer “The Fair Trail Assurances”; lectured by Beydağ Tıraş Öneri, Lawyer “The Equal Protection of Law and Prohibition of Discrimination” and lectured by Assist. Prof. Günal Kurşun, “The Right to Security and Liberty” are those four sessions. The academy focuses on both practical as well as theoretical perspective and the sessions make references from the Constitution Court and the European Convention on Human Rights which are one of the basic norm of legislation. Thus, they provide a broad perspective to the participants in the context of the notion of the rule of law.

A handbook for practitioners has been prepared by the lecturers. The handbook covers the principle of legality, and foundations and institutions of rule of law, the equal protection of law and prohibition of discrimination, to right to fair trial and its fundamental principles and the right to security and liberty. In addition, it contains the decisions of the European Court of Human Rights and the Turkish Constitutional Court. In addition, a report about the current situation of the rule of law in Turkey has been prepared in the lights of the rule of law criteria set out by the Venice Commission. Finally, videos edited within the framework of the subjects that our esteemed teachers touched during the academy has been brought to the attention of the public.