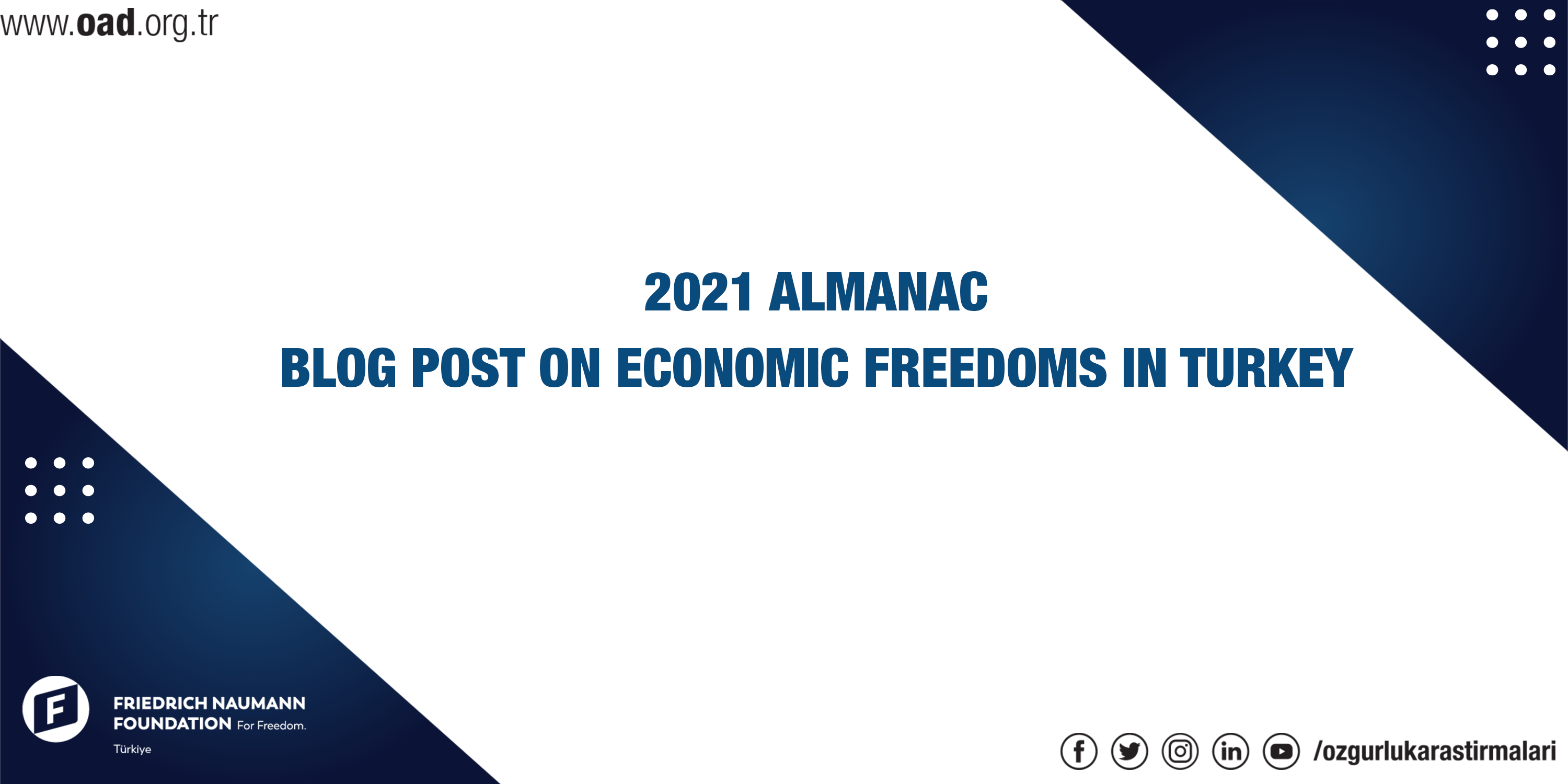 Our report titled “2021 Almanac: The Rule of Law, Democracy, Civil and Economic Freedoms in Turkey” where we, in cooperation with Freedom House, compiled the work from the Freedom Observer bulletins was published in 2022. These bulletins’ topics consisted of the most compelling events in the field of rule of law, democracy, social and economic freedoms and civil society in the years 2020-21. This blog will compile the key events that occurred in Turkey in terms of economic freedoms and offer a perspective unique to the year 2022.

The global economy suffered a tremendous production loss in 2020, with the effect of the mandatory measures due to the Covid-19 outbreak. Turkey has experienced and continues to experience an unprecedented recession in the economy in recent years, both due to the effects of these global factors and its governance of the economy In addition, when undemocratic practices that had profound effects on law, democracy, civil society, and civil liberties were added, the issue of economic freedoms in Turkey became one of the most important issues on the agenda. With this crisis experienced all over the world, in the first half of 2020, the GDP in some developed countries decreased by more than 20 percent. Although Turkey has gained a positive momentum in its growth figures, it has been in an economic crisis for the last two years, the traces of which cannot be easily erased, due to complications such as interest rates, exchange rates, inflation, unemployment, the crises experienced by the central bank, and the negative economic policies of the government.

Halkbank Case has been a declaration of how corrupt the Turkish banking system, which is seen as strong, has become nationally and internationally. The fact that the Central Bank acted on political grounds and Central Bank governors have been dismissed before completing their term of office since the arrival of the Presidential System of Government has made the situation even more difficult. The fate of the $128 billion missing from the Central Bank of the Republic of Turkey reserves remains unknown.

The appointment of three different names as head of the Ministry of Treasury and Finance over the past three years and their resignation asking for their pardons has added a new dimension to our political literature. During these periods, the Turkish Lira experienced its darkest year, and the sudden and rapid decline of the Turkish Lira could not be stopped. Turkey had a budget deficit of 172.7 billion TL in 2020. In 2021 alone, the Turkish lira depreciated by more than 30% against the US dollar. The uninterrupted depreciation of the TL has caused some analysts to interpret that Turkey is in a currency crisis. In fact, when the last two years are considered, the loss of TL reaches 80%. On the other hand, due to factors that directly concern the society such as unemployment, inflation, and high cost of living, Turkey continues to experience serious problems in terms of economic freedoms after losing its position both in economic values and in democracy and civil liberties. December 2020 budget deficit was announced as 40.7 billion TL.  TURKSTAT’s manipulation of inflation data throughout the year and the government’s insistence on lowering interest rates led to a huge loss of prosperity. These situations have shown that Turkey’s economy is in the grip of a stable lack of politics rather than a misapplication of policies.

What needs to be done is to adopt a technocratic monetary policy, as the government implemented in the first years, and to subject the country’s financial and fiscal structure to a series of economic reforms. For this, the central bank should be freed from political influences and become independent again, economic management should strengthen cooperation with international institutions, and abandon the low interest policy.