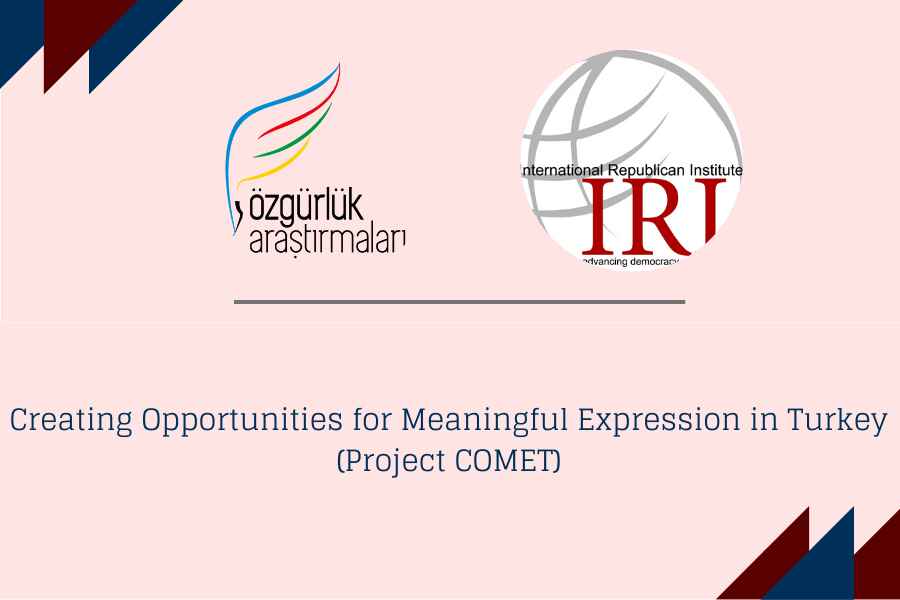 The goal of the first part of this project is to build support for solutions-based approaches toward issues of media freedom in Turkey and to improve the ability of citizens to use their freedom of expression to advocate for issues of importance at a national level. The most recent Turkish election fortified President Erdogan’s control over most government and non-government institutions, returning him to the newly empowered Presidency. Among the sectors most impacted is media. Government interference in media freedom takes blatant forms, such as the jailing of journalists and takeover of media companies, and more subtle forms, such as the direction of public and private advertising, the revenues of which determine whether news outlets survive or go bankrupt. Media freedom had been in decline for years, but the decline turned precipitous after the July 2016 coup attempt; since then, large-scale purges of people alleged to be involved in the coup have resulted in the closure of over 100 media outlets. The precipitous decline in media freedom is an action-forcing event. In Turkey’s highly polarized political environment, FRA and IRI propose an approach bringing together media stakeholders to discuss issues related to media freedom and to develop policy solutions to the issues they identify. FRA and the IRI’s Ankara field office maintains cooperation with all major parties, including AKP and MHP; IRI’s in-country presence and multi-party cooperation places IRI in a unique position to effectively implement this effort. Despite Turkey’s highly polarized political environment, Turkish people of all political persuasions share a deep distrust of media. In the 2018 Reuters Digital News Report, Turkey ranked among the bottom in the world for trust in media. Just over 40 percent of survey respondents said they trust the news sources that they themselves choose to use. This distrust interferes with citizens’ realization of the freedom of expression. Poor quality and highly politicized media filter and distort Turks’ everyday grievances through partisan lenses. The filtering and distortion complicate the efforts of citizens with common interests to work together to advance those interests. It also makes it difficult for constituents to express their interests to elected officials, a fundamental step in representative government. The impact of media distrust on the ability of citizens to use their freedom of expression meaningfully is an action-forcing event. In this context, FRA and IRI proposes an approach that would involve citizens directly connecting with each other to express their needs and concerns directly to elected officials, circumventing some of the limits on freedom of expression.

For the second part of the project, Freedom Research Association (FRA) and  IRI – Turkey Office wil discuss the development of a website to better incorporate citizen feedback into parliamentary debates and discussions with sitting MPs and parliamentary staff. FRA and IRI will rely in part on its long-standing cooperation with leaders of AKP, CHP, HDP, Iyi, and MHP to ensure parliamentary buy-in. The website called Citizen Access will be used to facilitate citizen access to parliament and MPs. Citizen Access would include features allowing citizens to create petitions, questions, or requests about issues or policies of interest to them, ranging from relatively mundane issues of local service provision to debates over policies that affect the entire country. MP offices would be given access to data allowing them to better understand the scale of interest, level of passion about an issue from interested users, and correlate concerns on the basis of location and other relevant indicators.